My oh my another luxury brand that I love - Skin Science 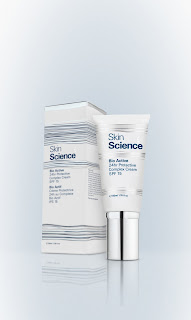 It's been a long time since I've risked a new moisturiser, I'm not a girl who takes skincare risks easily, and let's face it, every time you try a new skincare product there's a little bit of risk involved.

Skin Science is a new brand from Norway, which is said to be inspired by the marine life along the country's Arctic coastline. It contains ingredients which scientists claim have a radical effect on the skin. These include -
Spermine - an antioxidant estimated to be 25-30times more powerful than vitamin E
Omergatri - an omega-3 product from Atlantic salmon, but a nano-encapsulating version that's odourless and can be delivered deep into the skin
Zonase X - a natural exfoliant from salon embryos - discovered because salmon hatchery workers have smooth hands, despite working in freezing cold water
I tried the Bio Active 24hr Protective Complex Cream with SPF15. I've rarely used the same face cream during the day and at night - but actually this really does the job. It's not too heavy to apply make-up over (actually it creates a lovely base), and although it feels a little light for a night cream, my skin doesn't feel dehydrated in the morning. Personally for me, SPF 15 isn’t enough through the summer, but that’s a personal niggle. After two weeks of use my skin is looking better than it has in a long time, even though I've been going through a particularly busy/stressful time (normally enough to knock my complexion for six).
But the real gem in this range is Bio Active Instant Replenishment Complex. It’s a set of seven little tiny ampoules are used after peels or laser treatment, can be used as a complete course, or anytime your skin needs a pick-me-up. Just use half of an ampoule in morning and half at night. I've in love. They really make a huge difference to my skin making it much softer, smoother and far more radiant. I’d recommend exfoliating before use to really feel the benefit.
Also I used a tiny dab a day on a scar/dry patch from a particularly nasty spot, and it vanished in days.
This stuff isn't cheap,  I know I say that often, but there you go. But the results are great, so in this case, you get what you pay for.
Bio Active 24hr Protective Complex Cream with SPF15 is £85 and the Bio Active Instant Replenishment Complex is  £120
Skin Science is exclusive to Harvey Nichols nationwide and the range also includes a mask, eye cream, serum and a moisturiser aimed at older skin (not sure why I wasn't sent this, perhaps the PR company missed my rants about turning 40 this year?).

Skin science is good product, but it is not available in India

Photo Bangla Agency- PBA (A Concern of World Press Ltd.) is one of the country’s leading premier photo news agency. Check out: breakingewsbangla 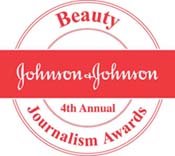